The Walters Family Foundation welcomes and encourages you to visit our website. We’re sorry for any inconvenience but please access the site through Microsoft Edge, Google Chrome, Firefox or another modern browser of your choice. Thank you!
Share this story:

“Eastern Market Growing Communities was designed for those small businesses that are scaling quickly. We're trying to address those really critical points where, with just a little bit of cash infusion, these businesses can bump it to the next step.”

Starting a small food business is hard work. For many small business owners at Eastern Market, it can be challenging to secure funding to take their dreams to the next level. 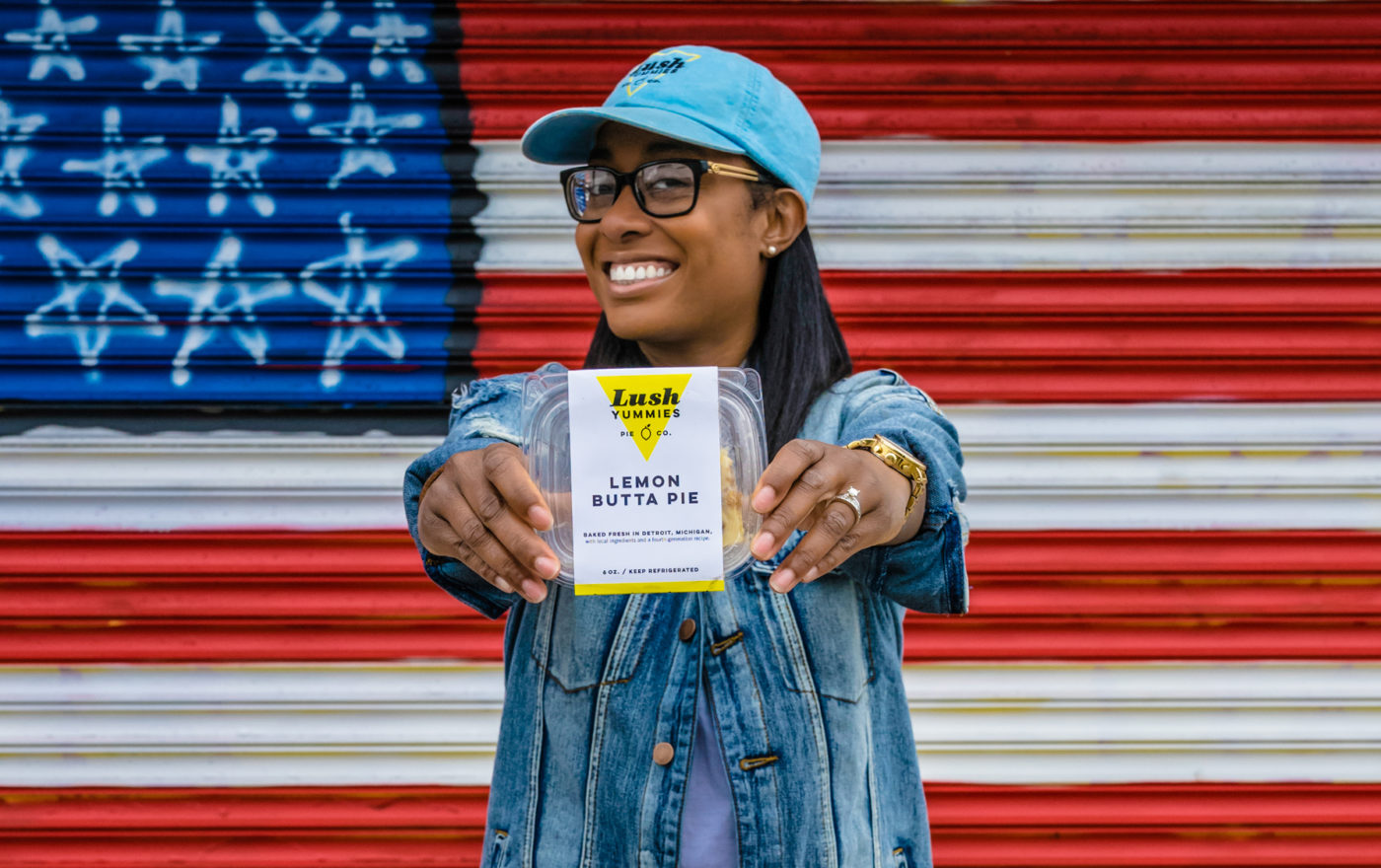 Jennifer Lyle of Lush Yummies Pie Co.Download a high-resolution version of this photo.

That’s where the Eastern Market Growing Communities micro-granting initiative steps in. Over the past five years, it has invested $520,000 in micro-grants to stimulate neighborhood revitalization and small business development. Through Growing Communities, businesses with a connection to Eastern Market, the Detroit Community Market network or urban growers in Detroit, Highland Park and Hamtramck can apply for business enhancements including signage, custom stands, equipment and land. They can also create a crowdfunding platform on ioby.org, and for every dollar they raise, the program will match it — up to $3,000 per grantee. The Walters Family Foundation contributed to the matching dollar fund, which in 2018, supported 16 small companies with $58,319.

Jennifer Lyle of Lush Yummies Pie Co. was one of the 2018 grant awardees. Jennifer is a fourth-generation pie maker who launched her pie company to share her family’s famous lemon “butta” pie. Quickly scaling, Jennifer needed funding to purchase various equipment to aid in the production of pies. As part of the Eastern Market Growing Communities program, Jennifer crowdfunded $2,764 and received matching funds of $1,700. She also received support from Skidmore Studio, which provided a new brand identity, logo, font suite and package design.

Brandon Seng of Michigan Frozen Foods was another 2018 grantee. Michigan Frozen Foods is a premier frozen food processor processing only Michigan produce. It provides season extension to Michigan specialty crops, and helps schools, universities and hospitals purchase Michigan produce when it is normally unavailable. Brandon crowdfunded $3,958.70, which was matched with $2,900 from Eastern Market Growing Communities. He commissioned a wall mural with the funding and used the new logo made for him by Skidmore Studio. The mural not only provided important signage and brand awareness, but also added additional artistic interest to the Eastern Market district. 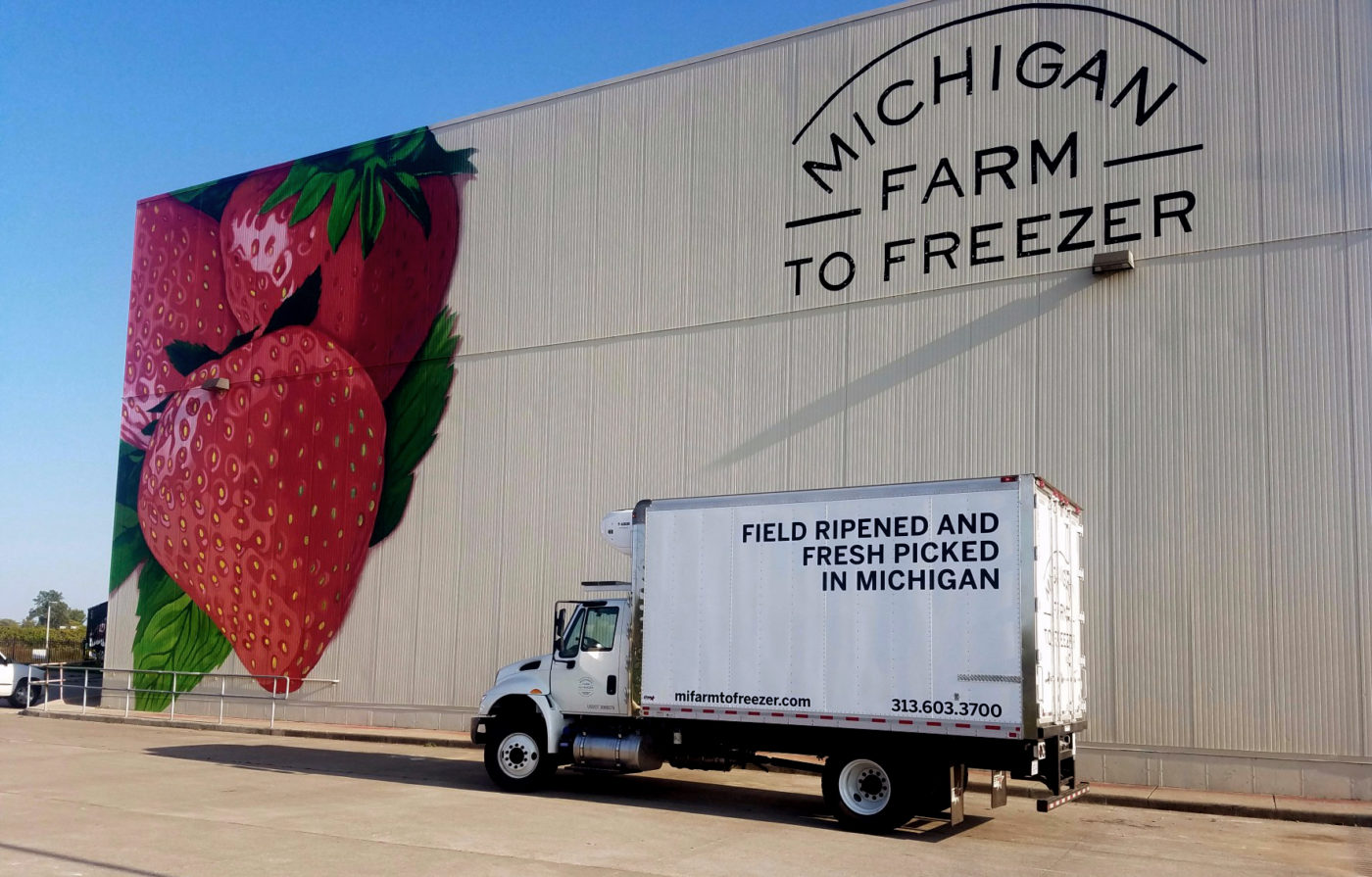 Michigan Farm to Freezer.Download a high-resolution version of this photo.

“This is what the program is designed to do,” says Christine Quane. "It helps us to give good money to good people who need that extra bit of funding at a critical time for their business. It's through the support of the Walters Family Foundation and others, who provide that matching dollar, that we're even able to do this program.”

Back to all Stories of Impact