The Walters Family Foundation welcomes and encourages you to visit our website. We’re sorry for any inconvenience but please access the site through Microsoft Edge, Google Chrome, Firefox or another modern browser of your choice. Thank you!
Share this story:

“In Detroit, finding affordable food production space is a challenge for many small food entrepreneurs. These businesses need ready-to-occupy spaces in the range of 1,000 - 2,500 square feet that they can rent for $7-12 per square foot. Without this access, many food businesses fail to thrive.”

Currently, four entrepreneurs have found a home in the Metro Accelerator. These passionate creators are whipping up everything from lemon “butta” pies to creative jams, homespun ice cream and farm fresh fixings for Sunday brunch. 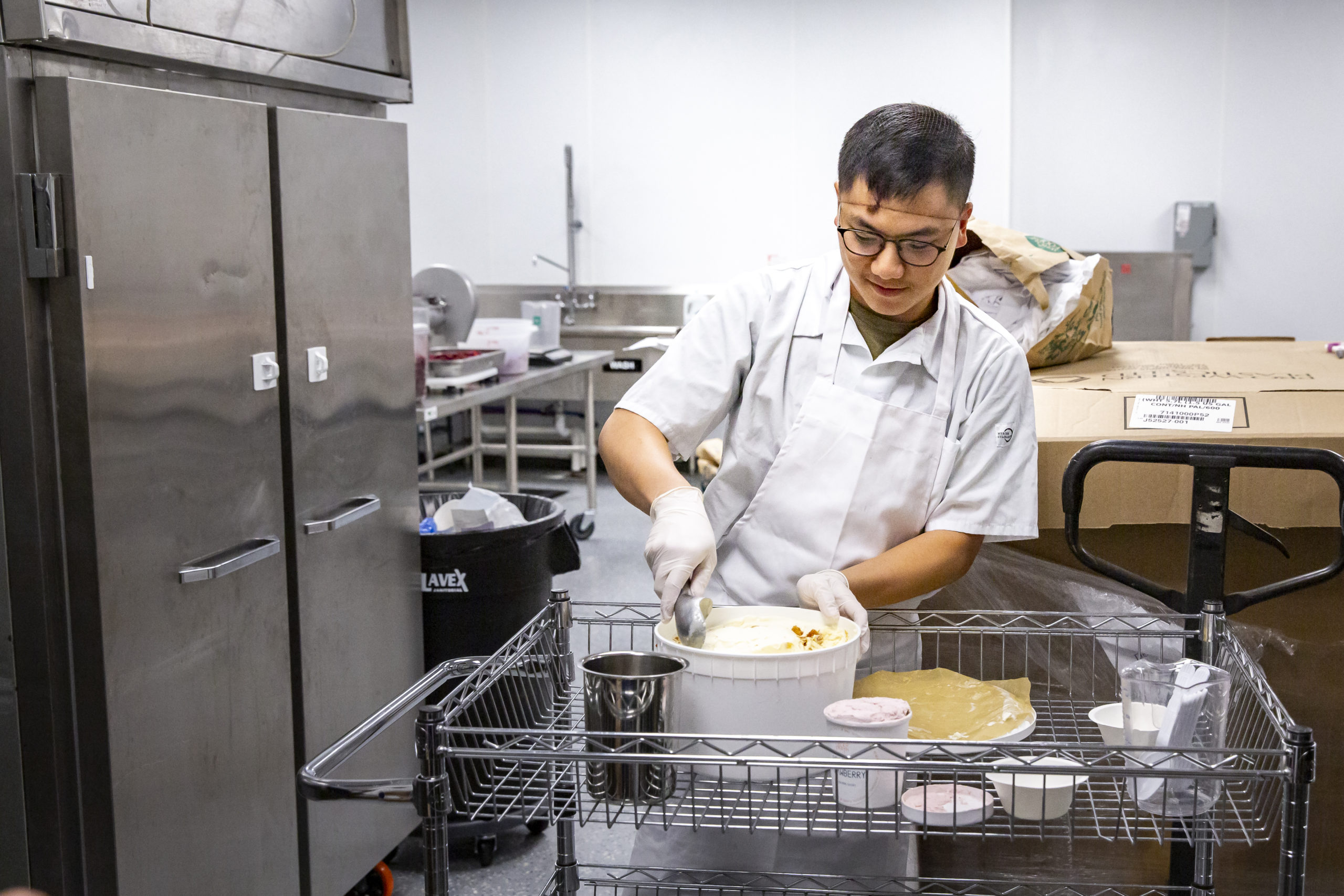 Milk and Froth produces small batch ice cream in the Metro Food Accelerator.Download a high-resolution version of this photo.

“These businesses have been able to shorten the runway to success and scale more rapidly than they would have otherwise,” says Metro Accelerator consultant, Brandon Seng. “What we're seeing is businesses that are able to strengthen their enterprise to operate at the next level.”

This is also true of Tara Grey’s Gus & Grey jams. Since becoming a tenant, Tara’s batch size has increased by a factor of ten. She’s also grown her regional presence and landed new accounts with several hotel chains. What’s more, she was able to utilize Metro Accelerator relationships to access affordable jar sealing equipment. This enabled her to automate expensive, time-consuming production processes.

Alexis Matteson and Deion Cao of Milk & Froth Ice Cream are another Metro Accelerator success story. Cao grew up in a family of immigrant entrepreneurs, dreaming of one day opening a restaurant of his own. He and Matteson saw a gap in the Detroit market for craft ice cream and began experimenting with bold flavors. Since moving into the Accelerator, they have established a scoop shop in downtown Detroit and plan to begin wholesale distribution within the next 18 months.

“It’s the classic American dream story. Deion is establishing a business the same way that his parents did, but with more knowledge and fewer barriers,” says Seng.

The Metro Accelerator’s fourth tenant, Sunday's Best, will soon fully occupy their new space, expanding on the explosive growth they’ve experienced in their catering business. Owners Megan and Niko Ahee plan to use the Metro Accelerator to level out their production costs and increase capacity to meet surging demand.

“Sunday’s Best moved from our shared commercial kitchen to a dedicated space that will drive their business and help them save on production costs,” says Seng.

In addition to serving entrepreneurs, the Metro Accelerator has been able to answer the needs of Detroit’s most vulnerable populations. During the pandemic, the building’s unoccupied space was used to package emergency food boxes for families in need. This operation was supported by emergency funding from the Walters Family Foundation.

“At the height of the pandemic, we were one of the only markets in the country that was able to package and deliver groceries paid for by a Bridge card,” says Seng. “Creating food security in an emergency situation is an absolutely necessity in our region.” 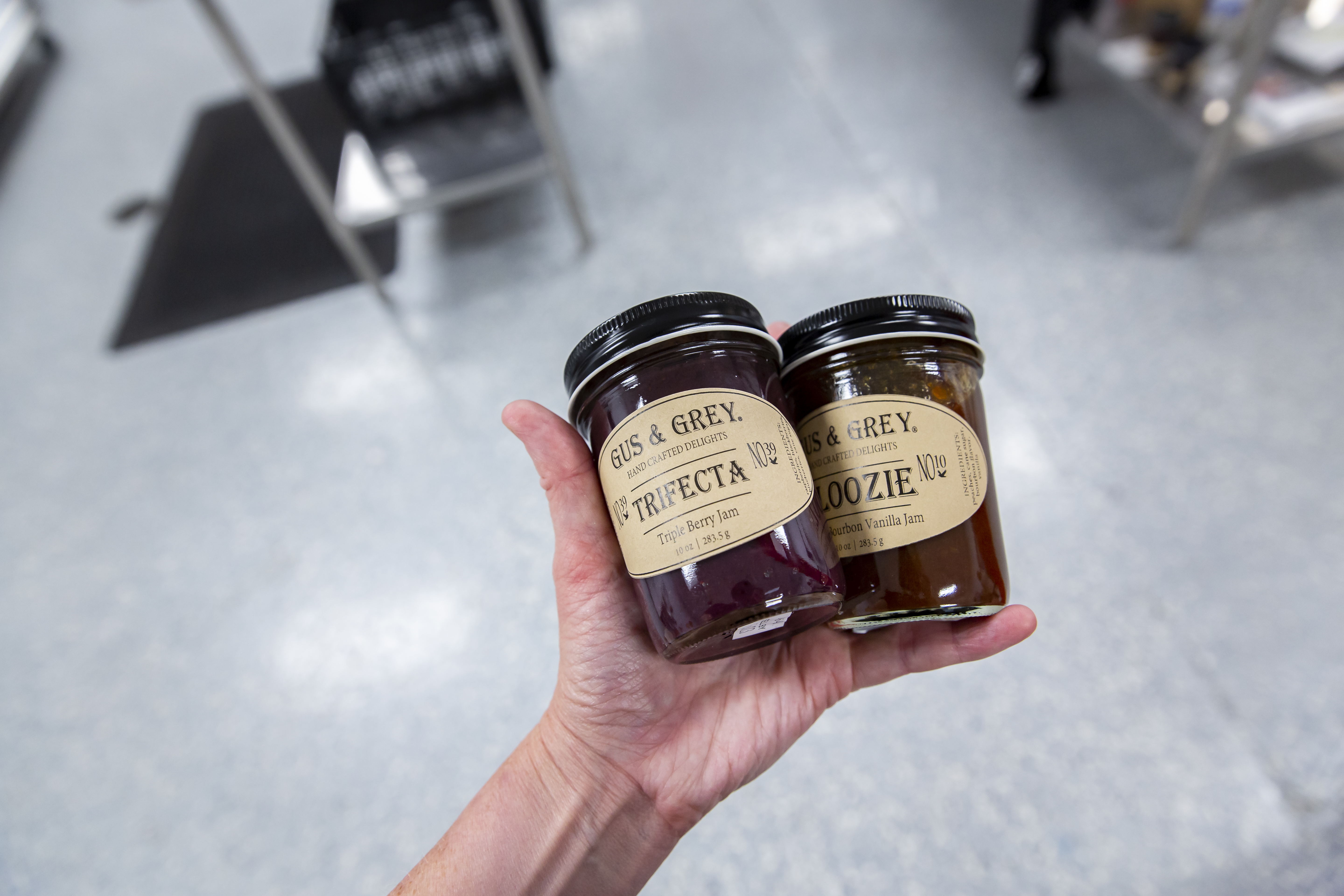 Gus & Grey's handcrafted jams are produced in Eastern Market's Metro Food Accelerator.Download a high-resolution version of this photo.
Back to all Stories of Impact